Basic Instinct or Are you Fancy for Irish Sex?

It was a beautiful spring morning, one of those rare on the Emerald Isle, when such a bright sun shines in the bright blue sky, a long-awaited spring is felt in the air, when irish summer promises its warmth ... I went outside during college breaks, and having found a quiet corner off the road, lay down on the grass behind tall trees, hoping to “catch” a little of such a volatile and unstable Irish sun .. 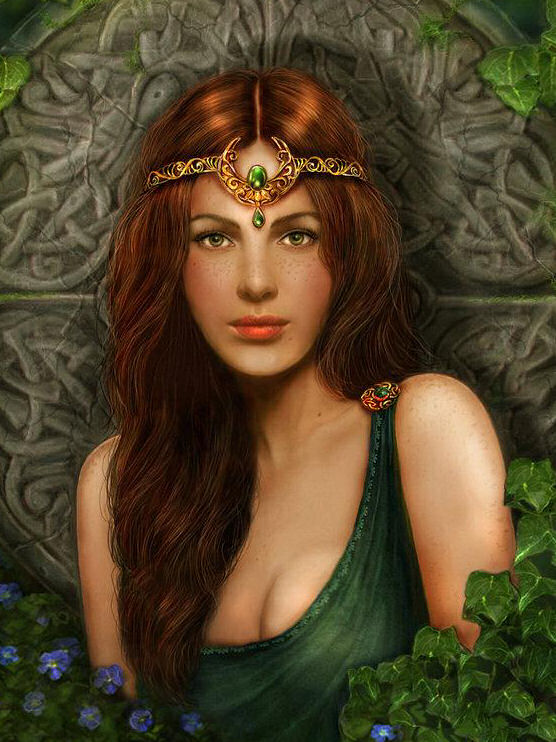 I opened my eyes and raised myself on my elbow, to see who it is that breaks my well-deserved break and invites me so “delicately and romanticly” ... well, you understood where and why. Before me stood a young man of 19-20 years old, no more modestly dressed at home, his hands in his pockets, and, apparently, neither the age difference, nor his own not quite respectable appearance for the first acquaintance with the lady, did not embarrass him. I smiled at a lovely child who was much younger than my daughter, and politely asked him to leave me in my proud loneliness. Dita trampled around me a little more, but all the same, she went back home ..

A lot of time passed in my life in Ireland, until I stopped experiencing the shock of all sorts of similar offers from men of different ages, and when I finally began to treat this simply as part of Irish national identity.

When writing articles about another country, about a different culture, there is always a danger of slipping into comparisons in favor of their nation, resorting to the help of phrases - "And they have it, but we have a completely different way!" - that in the end, in my opinion, very much looks like a conversation between two bowls at the well. But, you see, I chose a really delicate topic for my article today, if not to call it delicate. Well, the more I try to be objective.

I also want to immediately make a reservation that my point of view on some phenomena in Irish society does not mean that in this country people do not know how to love, create friendly, cohesive and large families, and I will also talk about this as exceptional features of the Irish families.

Mankind would have died out if we were not inherent in the basic instinct, but there is a significant gulf between the Russians and the Irish in relation to marriage and in its perception. I will not speak here about particulars, they have a place in a conversation between close friends over a cup of tea, or men who can not wait to share their sexual exploits in a foreign country. I will share with you some of my observations, and I will leave the conclusions, as always, to you.
To begin with, there are a lot of single people living in Ireland who consciously and voluntarily chose this way of life. In English, such social status is referred to as "single". At first, I sincerely could not understand how women and men can even to WISH to live alone?

The more over the years in life in Ireland I met such singles, the more my amazement grew in the size of a geometric progression. One can still understand single women, for all the aggressiveness of the social behavior of Irish women, they are all the same women, and just like women all over the world, apparently, they can’t say when they go to a loved one - “Listen, take marry me! " That is, Irish women, who for some very individual reasons did not receive a proposal of hand and heart from their loved ones in due time, I understand and regret, like all single women, in whatever country they live.

But the number of single men of all ages in this country, in my opinion, is simply off scale. In the category of bachelors in Ireland can be attributed men of different social status, age and education. That is, it turns out, it's not just about money. After all, marrying means taking responsibility for another person, for a woman, for your children with her. It is important that you have to want children!

And here I came to the conclusion, watching such bachelors, that first of all they value their peace of mind and physical comfort, and do not want to let any stress associated with family life into their well-organized life. After all, life in a capitalist society in itself is a daily stress. Irish bachelors can have a good or very good job, a simple or expensive, prestigious car, a house, of course, and enjoy life itself. Yes. The Irish know how to enjoy life and do it solely for themselves alone, beloved or loved. "Weekend away" - spend a weekend away from the city in nature, travel to a sports championship in another country, Christmas in an expensive hotel, also for one, workout in the gym to maintain tone, visit massage parlors to feel better ... And the evening in front of the TV after such an exhaustingly working day, in peace and quiet ...

In Ireland, and in Dubin in particular, it is precisely because of such public role-playing behavior of single men that the massage business thrives not so much as the treatment and prevention of various possible diseases, but precisely as the provision of sexual services, more precisely, one and very specific.

Many among the single Irish do not even have the normal human desire to meet a woman at least for sex. They regularly resort to massage parlors, where they receive sex services for money, called “blue job”, “happy ending”, “body relief” ..

A natural question is arising - why?